EQ Does Not Equal Pushover 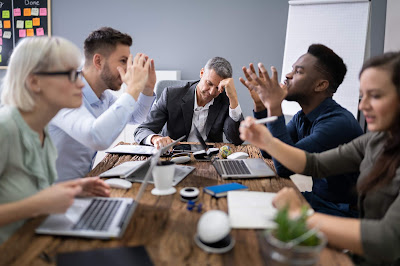 I recently presented at a leadership conference on Emotional Intelligence and shared with the audience that someone with high EQ understands he or she cannot always be kept comfortable, expecting the world to do the adjusting to them. Instead, they realize that often they must make the adjustments and that will mean they are the ones to sometimes be uncomfortable. At lunch, someone asked me if using EQ as leader meant that you were a pushover because in order to keep others comfortable you just give them what they want all the time. Think it's true? Read on.

At the heart of Emotional Intelligence are three R's: Recognize, Read, Respond.

Recognizing (Self-Awareness) your own tendencies - strengths, weaknesses, moods, drives, emotional states;
Reading (Situational-Awareness) the verbal and non-verbal signals of your environment to accurately assess it and its response to you; and
Responding in ways that are most appropriate based on the evidence gathered around you and within you.

When this is applied to managing others, powerful leaders (high EI) are able to recognize their downstream impact on others, recognizing when their own moods are influencing others' performance and their ability to voice ideas or challenges to them, and recognizing when they must own their disruptive (albeit often unintentional) behavior when they need to and take the necessary steps to adjust, repair and learn from the situation.

He or she is able to read the emotional make-up of their direct reports and connect with them on a level that meets the follower's needs, which may or not be the same style as the leaders'. They do this through empathy, seeing each employee as an individual and a complex person with unique talents, needs, and perspectives. Which is the opposite of one-size-fits-all leadership? He or she takes responsibility for responding in appropriate ways - by not taking out bad moods or misdirected or exaggerated performance intensity on those around him or her. And by providing praise when and how someone needs to hear it and clearly communicating expectations and desired outcomes instead of doing management by mindreading and assumptions.

Leaders with high EQ are not just "yes" people. We have all had to hear bad news, and the way it is delivered is critical. EQ helps you to be fair but firm, assertive and sensitive. It allows you to show care while holding people accountable because you have made enough of an emotional investment in them to drive their engagement and loyalty to you; approaching each employee as a unique asset and resource, taking the time to tap into their internal motivations, passions, and talents. A leader with high Emotional Intelligence doesn't do this spontaneously or in a vacuum, instead, they mindfully practice "learning" their employees as a daily habit. Most who have learned to do this report it is their highest leverage leadership behavior - an important shift with a huge impact for all. So, I guess it is true, one might say leaders with high EQ do give people exactly what they want.

How to Lead When You're Not a "Leader" 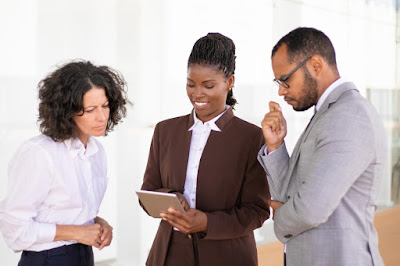 It’s not uncommon for employees to feel like they are at the mercy of an ineffective or absentee leader. During coaching engagements, we will discuss the ways someone can respond and manage the things within their control - which usually turns out to be a lot more than they realize. The solution to this situation usually requires some assertiveness/independence on the part of the employee and some patience/support on the part of the leader. Here are three things employees can do to lead when they aren’t technically the leader and improve the situation for everyone.

Over the years I have watched and coached leadership from different levels and perspectives. I have noticed a common theme among employees that report up to them: there is a frequent leadership lapse in which all the burden for leadership is placed at the top.

2) someone who is not in a titled management role but is subject to negative behaviors and decisions of their leader, but takes no action

In both cases, when I ask why they don’t take more initiative to be leaderly, they say it’s not their place. Some are concerned about appearing too aggressive and overstepping their bounds and some are concerned that taking the lead on something could threaten the “official” leader. Executive leaders tell me that they would love to see more leadership coming from all levels of the organization. So how do you take a stronger position without crossing the line? Here are a few pointers on ways to do just that:

Leadership isn’t about a title. It isn’t about an organization chart. Leadership is a behavior that anyone can exhibit and use as a tool for positive influence. Go for it!
Posted by Jen Shirkani at 7:30 AM No comments: