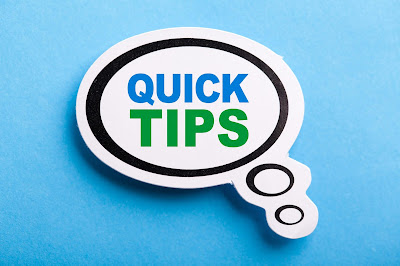 EQ and EGO cannot co-exist. They are mutually exclusive, and therefore, opposites of each other. When you make decisions based on what is best for you and your needs alone it is impossible to demonstrate empathy, self-control or to remain flexible. Can you have your own needs met at the same time as someone else’s? Yes, but that defines a case of collaboration, not ego.

When we act out of ego, we are protecting our own status. A win-lose mindset is definitely ego over EQ, but even a win attitude (‘every man for himself’ mentality) sets you up for failure. It is not selfishness that motivates our ego, but rather self- involvement. Self-involvement is transparent. We think we are hiding it from others but the reality is we aren't.

When someone else senses your ego-driven behavior, they are less likely to respond positively to you, making you less influential and less effective. When you demonstrate EQ, others can see that you are looking out for them too and will respect and be open to new ideas more often.
Posted by Jen Shirkani at 7:30 AM No comments: 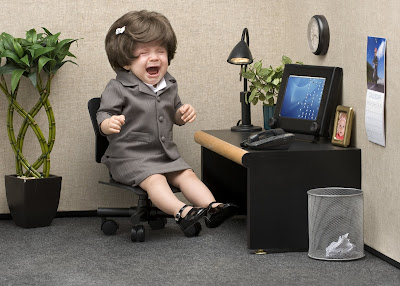 We often get asked to help companies diagnose performance issues that they are having with their employees. Here are some common performance challenges, the low EQ skill that's behind them, and the key to unlocking the problem.

Being strong in technical skills creates value for the organization, but at some point, those who lack emotional intelligence fail to achieve the results they need to within their departments, from their peers or in themselves. Some will hit a plateau in their career, some will change jobs frequently and some are forced to step down from management responsibility.

Stumped to understand why, many overlook the role their behavior has on others and how the good they set out to do is swallowed up by the pitfalls common to those with low EQ:


It is always difficult to see well-meaning employees trample their own good intentions through misguided efforts and a lack of understanding of what makes people want to work with them.

Having EQ is contagious, acting as a catalyst to enhance the work experience for everyone. Therefore, developing emotional intelligence in one often benefits a whole team. And, because EQ is a collection of skills that can be learned, real results can be seen from increased awareness, practice, and coaching.

Developing emotional intelligence in others does require your ability to build the willingness in another to look at their own behavior and be open to making changes. Consider some of the characteristics make some employees difficult to work with and the EQ development needs behind them.

The "I Don't See the Need to Change," or "I'm a Victim,” or Denial of the Problem Employee

Employees who fall into one of these categories are products of low self-awareness.  They see the performance issue as someone else's misinterpretation or perpetually play the victim.  These employees have blind spots that keep them from seeing the issue from a reality-based, objective point of view.

No matter how vividly the problem and their contributing behavior is described to them, they lack the skills to self-examine, to identify the drivers behind their behavior, and the insight to know how to fix it.

Like all EQ skills, self-awareness can be taught but is in-depth and time-intensive.  This is an area where providing feedback will be key. If the behavior doesn't seem to change despite some frank conversations, one-on-one coaching can be very successful. It's also important to remember, some people choose to have low self-awareness, in that case, they will likely never change.

The Defensive or Emotional Employee

We've all known the challenge of dealing with employees who deflect all responsibility for the bad stuff.  Or, the individual who complicates and distracts a performance discussion by erupting into a puddle of emotion.

Then there's the special case who does both.  These employees have an excuse ready before you're done talking.  There are few pet peeves more commonly cited by managers than an employee who always finds a responsible party to foot the blame.  Behind this annoying behavior lies low self-control.

By failing to control their initial reaction and allowing their desire to distance themselves to take over, these individuals emotionally hijack themselves.  Their ability to actively listen and critically think about the feedback being presented to them is impaired by their impulse to flee or from the discomfort of the situation or attack the messenger. It will be important to help the person identify their triggers for impulsiveness and also manage their stress levels which may be contributing to irritability.

These are the clock watchers.  The "do as little as possible for as long as possible" employee.  Somehow, somewhere along the way, their batteries died.  But they keep outside appearances tidy enough so no one gets close enough to find out.  This sad scenario often describes employees who have low optimism and influence.
At some point, these employees stopped believing in their ability to impact positive change.  They see Influence as being in the hands of others.  They have lost the passion to speak up and step up for what they want.  For these employees, a willingness to receive performance feedback is not the issue, caring enough to change is.

Learning to see the EQ need behind the problematic behavior helps leaders to shift from focusing on the symptoms to digging deeper into root causes and long term, collaborative solutions.

Employees who feel understood have much greater motivation and capacity for change.  Suddenly a "lost cause" employee has the potential for improvement after all.
If you desire to shift from managing to coaching, it's time to learn more about harnessing the power of emotional intelligence.  This brand of smarts can be learned.

June included some interesting sights, as we once again traveled coast-to-coast. For one speaking event, I felt that I went back in time to a resort that seemed locked in the 1950s. It was located in the middle of Vermont, about an hour south of Burlington and 2.5 hours Northeast of Albany. The guest rooms are little cabins spread out around a lake, requiring a drive to get to the main lobby and restaurants. It was very charming but the temp outside was in the low 60's and rainy so outdoor activities were out. The cabins had no TVs and no mobile phone service. They did have WIFI, but it was too slow to stream videos or download shows. At first, David and I had that panicked moment of "What will we do with no electronic entertainment?!?" It's a sad state of the modern mind. It turned out to be quite enjoyable, we made a fire and talked. We walked in the rain. We listened to the rhythmic sounds of the lake splashing under our deck. I actually took a nap (that never happens). I won’t lie, I was happy to get back to the digitally connected world, but it was a nice unexpected respite from the usual grind of business travel.

As you know, Steve and I travel a lot together and never do we discuss our planned wardrobe choices. On several occasions, we have color coordinated enough that we now refer to it as our Donny and Marie moments. This month, you can see that one day we coordinated not only with each other but also our clients. And then did it again the next day.