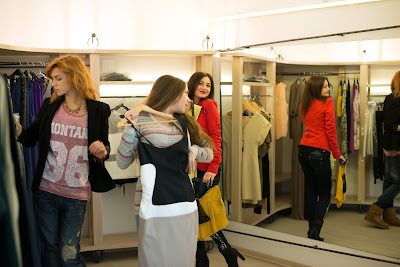 I have a teenage daughter who hates shopping. So when we must do it, it is a difficult experience for both of us.

The first challenge is to find something she will actually try on. I sort through the racks with her and when I see something I think she might like, I use a hopeful voice and ask, "How about this one?" And 9 out of 10 times all I get back is an eye roll.

The other day we were at a store and to my delight, she found some things to try on. They actually had a row of chairs to sit and wait outside the dressing rooms (a rare find). Most of the seats were filled with other moms who must have similar challenges to mine because as one daughter entered the dressing room, her mother said "Good luck!" But I am pretty sure she was saying that more to herself than her daughter.

Why does it take teenage girls so long to try on clothes? It is not a difficult task. Nor is it a new skill: getting dressed is something they have done their whole lives. Why then must they slow down to sloth speed the minute they enter a store and have a busy mother waiting on them? Ask me to try on a pair of jeans, two shirts, and a dress and I am out of there in 5 minutes flat.

That day we all sat there, killing time by looking at our phones as we waited and hoped our time at yet another store would not be wasted. Every once in a while, one of us would dare ask, "How's it going in there?" Most girls responded with a grunt. Suddenly we heard a girl say, "I love it!". Her mother was beaming as she stood to leave. All I could do was look at her with envy. And as she walked away, I swear I heard her say under her breathe, "See ya suckers."
Posted by Jen Shirkani at 7:00 AM No comments:

Dolly Parton Shares the Secret to Her Success... 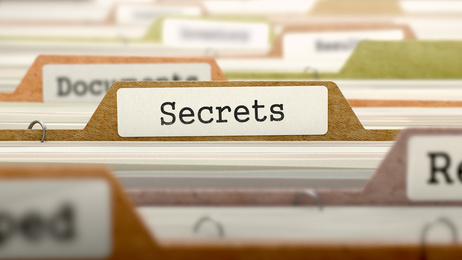 I have been a fan of Dolly Parton since 9 to 5 came out when I was 12 years old. Not only is she incredibly talented as a singer, but also as a songwriter and all-around good person. Over the years, I have marveled at her staying power. This article shares one secret of her success that explains her magic, hope you enjoy it as much as we did!

And you may feel confident that you know the reason Parton has been successful for more than 50 years . . . talent, of course. After all, she writes (She’s composed more than 3,000 songs!), makes records (Twenty-five of her releases have reached #1 on the Billboard chart.) and has a unique sense of style.

But Parton has another superpower that’s not so obvious-; one that became apparent in a New York Times interview to promote her songs for the Netflix movie, Dumplin’. (The main character in the film is a Dolly fanatic who decides to compete in a beauty pageant as a protest.)

“I can relate to everybody about anything,” Parton said in the interview.

That ability to relate is key, “because, as a songwriter, I have to keep my feelings out on my sleeve,” Parton explained. “Some people harden their hearts just to get through life, and I think if I do that, I won’t be able to write. I try to keep my heart open, even to the point of having to suffer more because I take everything so personal. But that’s why I can write for other people: I try to keep myself where they are.”

Parton’s empathy goes beyond the traditional idea of “know your audience.” That concept, of course, is based on the premise that the more you understand the demographic profile, needs, and preferences of the people you're trying to reach, the more successful you will be in getting through to them.

However, like Parton, I've found that just knowing your audience doesn't go far enough. In order to break through today's noise and nonsense, you have to go well beyond knowledge: You have to love your audience.

What I’ve learned is that you can’t feel separate from-; or worse, superior to-; people in order to engage them. You've got to sit right down at your audience's messy table and buy him or her a beer.

Parton knows this: Only by truly loving your audience can you communicate in a way that's truly about them, not about you. The leap to loving brings you in touch with what matters to people. Suddenly you're able to communicate in ways that profoundly connect. You're not on the other side of the chasm from your audience members: You're right there next to them, talking softly, saying what they've always wanted to hear.

By getting to know your audience, finding out what your audience really cares about and, most important, accepting audience members for who they are, you will communicate based on unconditional love.

The Times article cites Linda Perry, who produced and co-wrote the song “Girl in the Movies” with Parton. “She’s very aware of everyone in the room and what their job title is,” Perry said. “And she’s very considerate of people’s time, even if it’s someone just coming in and bringing coffee.”

For Parton, this connection, this empathy-; this love-; for her audience comes naturally. “Everybody I talk to, they don’t drain me,” she said. “I’m learning something about them, which helps me learn something about myself.” Alison Davis is founder and CEO of Davis & Company. She is the editor of the i-book 49 Ways to Improve Employee Communication (2013) and co-author of the books The Definitive Guide to HR Communication(FT Press, 2011) and Your Attention, Please (Adams Business, 2006).
Posted by Jen Shirkani at 7:30 AM No comments:

Welcome to the new year, I was lucky enough to travel overseas in January and join David on a trip. We stopped in Beijing and Hong Kong. I had been to Hong Kong a few times before but this was my first opportunity to experience Beijing. It is a remarkable city based on size alone - 21.5m people live there - roughly the equivalent of the population of the top ten US cities combined. There are terrible traffic and pollution, and it’s also a mix of modern skyscrapers sitting right next to ancient homes with no running water.

A bucket list item was to see the Great Wall. We had a lovely driver, and his English was fantastic.  He drove us the 2 hours to see it. Being winter, we didn’t have any crowds to compete with and got to walk along it and see it go in both directions as far as the eye could see. It was 5,000 miles in total length. It was originally started by a dynasty prior to the birth of Christ and finished by the Ming Dynasty in the 1400s. You can imagine how many generations of Chinese built it and it is also called China’s longest cemetery because those who died while building it are buried inside of it.
At the entrance there is a plaque that reads:

Once intended to ward off enemy attacks
today it brings together the peoples
of the world. The Great Wall, may it
continue to act as a symbol of
friendship for future generations.

Posted by Jen Shirkani at 9:02 AM No comments: