November included some great experiences, I was a guest on the NH Brand Project Radio show which broadcasts from Portsmouth NH. If you would like to listen to my interview click here.  I traveled to Portland, Maine to present for HRASM. We had a Penumbra team retreat to plan some exciting new product offerings in 2016 (if you want more emotional intelligence webinars…stay tuned), and Pam and I had the great pleasure of participating in a leadership event at Chemonics International, an organization committed to development and positive social and economic change worldwide.

This Thanksgiving we have so much to be grateful for. Thank you to our loyal readers, clients, supporters and believers in the power of emotional intelligence. You are why we do what we do every day. Wishing you a wonderful holiday with your family. 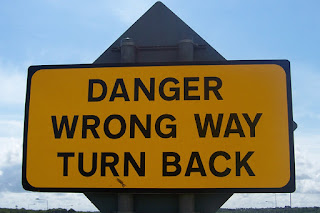 It's late Friday morning as you sit at your desk finishing up the last few loose ends from the week.  You see a new email pop up from your manager who also happens to be the president of the division.  You open it and begin skimming the memo, "Out of the office today (you are already aware of this because it is 11 o'clock)...so on and so forth...also, I would like to let you know I just hired a new senior VP. You will now be reporting to him...have a nice weekend."

Your jaw drops as you think of the last five years you've spent cultivating a strong working relationship with the president. You'd really like to know why you've been removed from her direct reporting line and when this new boss will start work. You have no idea who this person is, or what they are going to be like. "Why would she hire someone from outside the company instead of promoting one of us? How did he come in with a bigger title than any of us?"  You get up to go talk to her and then remember that she will be out of the office until Monday. Unsure how your tone might come across in email, you decide to wait to talk to her in person.

That "nice weekend" she wished you just dissolved like the confidence you have in your company and their leadership ethics.

Do I really need to say it?

Posted by Jen Shirkani at 7:09 AM No comments:

Email ThisBlogThis!Share to TwitterShare to FacebookShare to Pinterest
Labels: bad timing, day off, dont do this, ethics, replacement

This month's interview is with Tom Crane, author of The Heart of Coaching. I have been following the principles in Tom's book for years and have shared it with clients, as I feel it is the BEST book on the techniques to be an effective coaching style leader. I especially love the section on observing others (pg. 63) and questions to ask yourself in preparation for a coaching session (pg. 69). I was lucky enough to finally meet Tom in person last month and am delighted to have him on the blog this month.JS: You are a leader in the business of creating high performance organizations through a coaching methodology. How does your process work?TC: For over 25 years, I have consulted with organizations by showing senior leaders and their teams how to create and conduct effective, highly accountable, coaching conversations between colleagues who work together. We use our proprietary assessments in our workshops, that now support 4 days of rich coaching skill development content - a 2 day Core Skills workshop and a 2 day Advanced Skills workshop. When the Leadership team sees the value proposition of opening up communications, trust and performance feedback in their culture, they most usually begin the journey of creating a coaching culture, where Collegial Coaching becomes the primary way everyone begins to think and behave. We also certify internal or external facilitators so they can design and conduct coaching workshops as a facilitator of the highly experiential skills learning processes.JS: More and more organizations are using internal coaches and mentors so I can see how valuable the skill set of good coaching is. What kinds of leaders are ideal candidates for this kind of organizational change process?TC: The impact that leaders have on organization readiness can't be understated. It is their personal readiness that usually determines how responsive the organization is to this kind of a behavioral change initiative. If the leaders see the need to change the way they go about leading, are willing to work on themselves, are committed to making this a "leader led" change process, are willing to embrace humility, compassion, can be transparent in this work, and effectively role model what it means to BE a coach, then the organizational change effort is extremely successful. The term "leader led" says it all.I think the most critical characteristic seems to be what you have so aptly captured in your book - the willingness of leaders to check their EGO at the door, and use their Emotional Intelligence to build trust and respect with the teams they have the privilege of leading. The Collegial Coaching Road-map is described as a "road-map for emotionally intelligent coaching conversations between colleagues." I think that is really your first EGO trap - ignoring feedback they don't like. In terms of coaching per se, leaders must choose to show up "coachable," otherwise, they make a sham of what coaching actually means.JS: I love that last sentence about it being a sham if they don't role model what it means to be coachable. It kills their credibility. So, in your opinion, what are some vital EQ behaviors required to be an effective coach?TC: I have worked to embed what I believe to be the essential EQ skills directly into the process steps that we teach in the workshops. They are "hardwired" to directly support leaders and their teams using such skills as:Being Present - to fully engage during the interactionSharing Feedback - "perceptions" vs. the "truth" about someoneSoliciting the Other's Perceptions - as a way to create ownership of the outcomesListening with Both the Head and Your Empathetic HeartValidating the Other's ExperienceBrainstorming Together Using Collaboration - to find better solutions and create ownershipEQ becomes the way people think about communication as this road-map, when integrated into how one thinks and behaves, and soon actually becomes their "communication software". 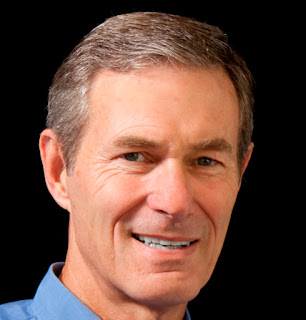 Tom is an international consultant, facilitator, author, and speaker who specializes in assisting leaders in creating high-performance through the development of high performance coaching cultures. He works with all levels of leaders and their teams to embrace coaching as a primary method of communication designed to enhance both individual and team effectiveness in achieving performance objectives.

Tom’s passion (and book, The Heart of Coaching) is focused on changing a leader's mindset from “the BOSS OF people” to the mindset of "the COACH FOR people." The premise of the book is that a performance based, “feedback-rich” coaching culture will more effectively support an organization's business strategy, and lead to higher and more sustainable levels of performance.

He has worked as a consultant and engagement leader for over 24 years in small and large organizations going through strategic change and culture alignment. Prior to founding Crane Consulting in 1995, Tom was vice-president of Senn-Delaney Leadership for nine years and consulted with clients engaged in strategic culture change. Additionally, he worked in financial planning and project management roles with Solar Turbines, a division of Caterpillar. He has a bachelor degree from Purdue University and an MBA from Drake University.

Tom resides in San Diego, CA, and is a member of the SD chapter of OD Network, The Society for Human Resource Management, the American Society for Training and Development, and the San Diego Professional Coaches Advisory Board.

A Tale of Two Coaches 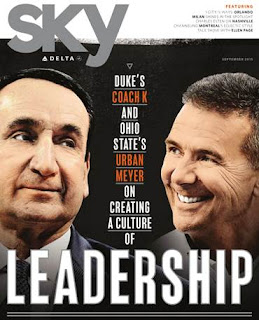 Our very own Steve Friedlein found this article while traveling.  It's a great example of how EQ is relevant in every field at any level.

Even people at the top of their game are sometimes forced to come to terms
with their approach to being seen as the ultimate subject matter expert in their organizations.
The September 2015 Delta Sky Magazine ran a story about two coaches who are arguably the most successful in the realm of NCAA sports.
Mike Krzyzewski, coach of the Duke University Blue Devils basketball team, and Urban Meyer, coach of the Ohio State Buckeyes football team.
Both had won two national championships in their respective collegiate sports, and both developed health issues that forced them to re-think their superior subject matter focused leadership styles.
To quote Coach K:  “I had a back problem, but thought I was Superman and came back to work too quickly.
So I reevaluated everything, got counseling and managed my work load differently from that point on.”
What changed from that point on?  “I didn’t micromanage as much, and I made sure that I got accustomed
to depending more heavily on the qualified people who work with me, allowing them to make decisions.”
In Coach Urban’s case, he said:  “I was having chest pains for three years without getting the proper diagnosis…
I just started asking why…and evaluating…am I doing the right thing?
He said, “I’m a lot like Coach K…I was a micro manager…He gave me this advice (and I remind myself every day)
if it doesn’t help you, your coaching staff or your players…you don’t have to do it.”
Regardless of your level of talent…It’s nearly impossible to be all things to all people in your organization.
It may be working at this point in time, however you may be doing a disservice to yourself & to those around you.
Both of these coaches have consistently exhibited skills that had been the foundation of their success…
But both were forced to expand their self-awareness in order to continue their successful careers.
Posted by Jen Shirkani at 7:00 AM No comments: