Penumbra's Month in a Minute


It’s hard to believe we are halfway through 2015. This year is flying by. Although we are noticing a bit of a slowdown, typical in the summer months, I am wondering if we aren’t hitting another soft period in professional services. The impact of the energy industry and it’s massive layoffs must be influencing many other industries, that and with the election year approaching usually makes the budget-tenders nervous. I hope that organizations maintain the momentum they have started, especially when it comes to investing in their people. When things are lean or stressful is when employees need functional leadership skills more than ever.

Although we did travel the country in the month of June including Orlando, Boston, Washington DC, Dallas, Los Angeles, Phoenix, Las Vegas, Irvine, New York City and Nashville, it was the trip to St. John, USVI that takes the prize. We did a small “executive retreat” with me, Pam and Steve on the island. I have decided that I enjoy work the most when it’s done on a beach, on a boat, or when watching a sunset. Thanks to our gracious host, David Bailey, for the opportunity!
Posted by Jen Shirkani at 7:00 AM No comments:

Last week The Today Show aired an interview with Brian Williams, former anchor of NBC News who confessed to embellishing experiences as a result (in his words) of "ego". You can read the story here.

Like him or not, it's easy to see how the slippery slope of ego can take down even the best of us. It usually starts out innocently enough, ego whispers in our ear, "Make it sound good. People like interesting stories," so we embellish or enhance the facts. Without regulation, and if no one calls you out on it, ego continues on it's quest.

It makes us feel strong and powerful. It works to hide our weaknesses and only emphasize strengths. Completely unchecked it leads us down a path of deception and control. Ego convinces us we can do anything. It's intoxicating to believe that we can create our own reality and that we are invincible.

Let's say for a moment that all those things Brian claimed did in fact happen. Just by him touting and bragging about them, that's ego right there. But boasting about things that didn't happen, that is super sized ego.

How do you avoid an out of control ego?

Keep yourself grounded and humble by always having an honest critic to keep you accountable. Many people along the way probably knew that Brian wasn't telling the whole truth. But either he had no one in his circle that gave him the feedback and alerted him to the risk he was taking, or they did warn him and he ignored it because he believed that no matter what, he would be able to get away with it.

Keep the frenemy of ego in check my friends. Use your EQ. 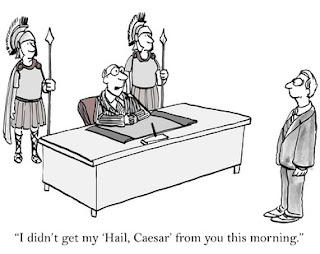 Interview with Steve Leicht: Entrepreneur and Co-Founder of ÜberResearch and 52inc

Incorporating emotional intelligence into fields such as human resources, assisted living, and customer service makes perfect sense.  But, what about in the fast-paced business realms of technology entrepreneurs?  Is there room for empathy?  Steve Leicht co-founder of ÜberResearch and 52inc joins us to explain the importance of EQ in all aspects of doing business in the twenty-first century.

JS: In your opinion, what are the skills that executive leaders need today?

SL: The central characteristics have not changed significantly.  You need to be someone who is:

The difference over the past 15-20 years has largely been in the speed at which these skills need to be acquired, updated, and perfected.  Because, of the rate of change in many business landscapes, I think the old story from Intel's Founder, Andy Grove - "Only the Paranoid Survive" - has increasing resonance.  Levels of constant awareness (and enough fear to keep you ‘edgy’) are healthy characteristics for leaders in a modern business.  If you think you are in an industry which is stable, has been around forever, and cannot be disrupted by innovation - I encourage you to have a long conversation with a former newspaper executive or find the owner of a limo company in a market with significant Über penetration.

JS: You mention, "a person with immense emotional intelligence," what benefit does the combination of high IQ and high EQ bring, particularly when maneuvering through industry change?

SL: I consider emotional intelligence to be the hallmark of a great organization.  My experience, at an individual level, is that emotional intelligence is like having a talent for art or music - some people are born with an innate capability for it and other people really have to work at it to be successful.  With that said, everyone can reach a certain level of proficiency.

For technology companies, a culture which actively recruits, hires, retains, educates, and promotes using EQ has an enormous advantage over their competitors.  I would encourage your readers to listen to Tim Ferriss's podcast with Chris Sacca (an early investor in Twitter, Uber, Instagram, and Kickstarter.)  Chris was asked about characteristics that he uses to decide whether or not he will invest/partner with a company founder/CEO. Chris talks extensively about emotional intelligence, and particularly about the ramifications in markets which are developing consumer solutions.

In IT fields - someone who can empathize with a user will develop better solutions for that user - it is an enormous problem/challenge in software and mobile computing.  Most mobile applications are being built by brilliant young kids who have grown up in a completely digital age, but the products, services, and apps are often geared towards the general public.  The systems they design might work fine for 16-year-olds who already send 10+ text messages a minute and have profiles on dozens of social networks.  But for a 55-year-old who primarily uses their smartphone for email and cell functions, you have to think differently about usability and design.

JS:  How can tech companies leverage the utilization of EQ, particularly for those who work heavily with teams?

SL: Everything works better.  The earlier topics were focused on the improvements in product design, but in highly changing environments, simple improvements in human and team dynamics have impact.  People with better emotional intelligence generally "play well with others" which leads to increased performance outcomes on team engagements.

Here is a challenge for the reader - find a project manager that you know from any industry.  Ask them this question:

Leave yourself at least 15 minutes after this question is asked - so that you can adequately prepare for the storm of complaining this project manager is about to do related to individuals working on their project.  People are almost ALWAYS the reason a project works well or fails.  We are rarely in a scenario which is being held up by real operational, technical, or legal roadblocks.  That doesn't mean it does not happen - but the bulk of the issues are individuals.

Every improvement that you make in emotional EQ and team dynamics is a positive benefit towards the cycle. 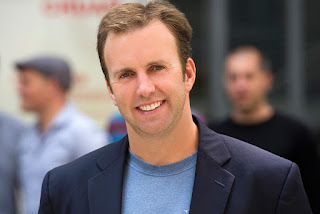 Steve is a Managing Director and co-founder of ÜberResearch GmbH. He joins the company after a role as the CEO of 52apps Inc, a mobile software development company where he is a co-founder and investor.

Steve was previously the Executive Vice President and Chief Operating Officer of Collexis Holdings Inc., which was acquired by Reed Elsevier in June 2010. While at Collexis, Mr. Leicht had a leadership role in more than $18M in private operational fundraising, two company acquisitions, the public offering of the company in the US market, the expansion of Collexis into Latin America and Asia, and the reorganization of Collexis European operations.

Prior to joining Collexis, Mr. Leicht served in roles of continually increasing responsibility with IBM Corporation in sales, business development, emerging technology, and general management. Prior to IBM, Mr. Leicht started, ran, and sold International Telecommunications Distributors, Inc and served as Chairman and CEO of the company.

Mr. Leicht has a Master’s in Business Administration from The Pennsylvania State University’s Smeal College of Business, where he served as the President of his class. He received his Bachelor of Science in Business Administration from Bucknell University. Mr. Leicht serves on boards and advisory committees for several companies and industry groups and is a regular speaker at industry events on the use of semantic and mobile technologies in discovery and social collaboration. He lives with his wife and two children in Lexington, South Carolina.


In the online edition of Entrepreneur Magazine, Rob Reuteman discussed multiple methods for strengthening your leadership skills in 9 Ways to Become a Better Leader. His article offers great advice for talent management at all levels and emphasizes the importance of emotional intelligence in leadership. These tips serve to reinforce the dangers of certain ego traps discussed in my book, EGO vs. EQ:How Top Leaders Beat 8 Ego Traps with Emotional Intelligence.

When avoiding being overpowered by your ego, you’ll be following these suggestions and making your leadership experience better for everyone. Here are just a few of my favorite connections between Reuteman’s tips and the ego traps:

"Know yourself" aligns to Ego Trap #1: Ignoring Feedback You Don't Like.
There is usually a pretty big gap between our intentions and our impact. High self-awareness relies on high quality feedback and the higher up a leader goes, the less and less real information they receive about their effectiveness. It's a tale as old as the emperor wearing no clothes. Knowing yourself requires ongoing self-reflection, emotional self-awareness and good feedback sources.

"Encourage employees to disagree with you" aligns to Ego Trap #3: Only surrounding yourself with people like you.
When you hire others who live on your wavelength, you unintentionally create a support system of people who are not equipped to challenge you, to question your thinking, or to offer you a different perspective and direction. It is key to avoid getting trapped in your own way of thinking – disagreement can be healthy and productive for yours and your team’s goals.

"Don’t micromanage" aligns to Ego Trap #4: Not letting go of control
The best leaders empower the people below them, equip them with the tools for success, and then step back. It’s important not to get caught up in the little details of company operation but rather maintain focus on strategy development and talent engagement, as well as gauging the industry landscape and looking forward to move your business into the future.

"Show compassion" aligns to Ego Trap #7: Losing touch with the frontline experience.
Strong relationships at work strengthen your connection with your employees and also serve to give extra meaning to the work those employees are doing for you.  Make sure to check in with the ground troops and reinforce that important human connection and sense of their day-to-day realities.

Check out the full article over at entrepreneur.com

Penumbra's Month in a Minute

My favorite story of the month was shared by an attendee at the CT CPA conference and went like this:

“We had a partner at our firm who was very strong in his technical expertise but often showed a lack of general sensibility. We had been working on some high profile bank prospects to entice some referral business and had put together customized PowerPoint presentations for each of the banks. After one such presentation, the bank employee approached our partner and said how impressed he was with the level of detail and customization we provided and it was clear how much time we had put into our preparation.

Our partner said, ‘Oh that was nothing. We did the same presentation the day before for ACME Bank and just swapped out their logos and put in yours.’

That person is no longer with our firm.”