I recently had the pleasure of working with Brandon and one of his client groups within the Employer Solutions & Pensions division of Transamerica. Here is my recent interview with him...

JS: What EQ skills do you feel are vital for professionals today and why?

BA: In today’s competitive business world, regardless of our level in organizations, professionals need to be skilled not just in the technical competencies required to succeed in their position, but also in many key aspects of emotional intelligence.  In the talent acquisition efforts at Transamerica, we of course focus on “hard” skills like education, professional experience, and industry knowledge, but we are now beginning to increase our pre-hire exploration of such competencies as political acumen, influencing skills, conflict resolution, and assertiveness.  Success at our firm is achieved when new hires are able to quickly demonstrate proficiency in their position, and also assimilate to the culture quickly by leveraging social skills, encouraging and participating in team work, being change adept, communicating effectively, and showing initiative.  I’ve seen the same success story at other employers and in many industries.  As quickly as our professional environments change these days through mergers and acquisitions, organization redesign, and leadership turnover, I feel that being flexible and able to tolerate stress are critical EQ skills for all professionals.  Additionally, with flat organization structures more common, it is important that professionals are able to influence others without necessarily managing them directly.  This ability to “influence without authority” requires a high level of emotional intelligence as well.  In a nutshell, I believe the most important EQ skills today are adaptability, initiative, team work, communication, and influencing.

JS: How is Transamerica utilizing the power of EQ as part of your L&D initiatives?

At Transamerica, we have identified the need to equip our employees with knowledge and training around emotional intelligence as part of our larger employee development strategy.  We are currently in the process of piloting programs on the high-level concept of emotional intelligence and if well-received, we intend to build curriculum around those EQ skills we feel are most critical for success at our firm.  While we do focus on technical and position-specific training, we also believe in helping employees develop “soft skills” that they can use both professionally and in their personal lives.  I believe that EQ is fundamental to an employee’s overall sense of well-being at work and in life.  Our “soft skills” learning and development programs are all rooted in EQ principles and we are beginning to connect these concepts to other talent management programs such as reward and recognition, performance management, and succession planning.

Are there any roles in particular that need EQ more than others?

I believe that EQ is critical for all employees.  Such skills as communication, understanding others, team work, self-control, commitment, and optimism are clearly important at all levels and in all roles.  However, I am a strong believer in mentorship and the importance of senior leaders demonstrating the workplace behaviors they would like to see in junior staff.  Leaders who demonstrate high EQ by being able to manage their impulses, solve problems quickly and effectively, be champions of change, and even use humor to diffuse stress or conflict, are generally successful and well respected in organizations.  These leaders also can effectively coach and mentor employees on more difficult EQ skills such as political acumen, conflict resolution, and developing people.  In addition, the Human Resources function should play a leadership role in providing coaching and guidance around EQ principles to all levels of employees. 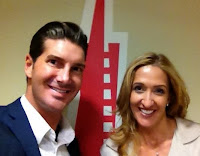 About Brandon Anderson
Brandon joined Transamerica in 2011 as Director, Organization Development & Talent Management and is based in Los Angeles, California.  His primary focus is to lead the employee development strategy and talent management programs in one of Transamerica’s business divisions, Employer Solutions & Pensions.  During his time with Transamerica, Brandon has spearheaded the design and execution of a Corporate University that includes a blended learning approach of instructor-led and online training for employees across several locations in the US.  Core curriculum includes such programs as Situational Leadership, 7 Habits of Highly Effective People, and Emotional Intelligence, among others.

Brandon is passionate about learning and the overall “health” of organizations.  He works with all levels of employees to ensure they have access to the tools they need to effectively manage their careers and contribute to the overall success of the business.  He also provides executive and management coaching on career planning, personality assessment, management development, and performance improvement.

Brandon has experience in multiple industries including financial services, retail, aerospace, defense, pharmaceutical, and healthcare.  During his 15 year Human Resources career, he has worked for a variety of companies including United HealthCare, Pfizer, Honeywell, BAE Systems, and Pacific Sunwear.  Brandon holds a PhD in Industrial/Organizational Psychology, master’s degrees in Industrial/Organizational Psychology and Clinical Psychology, and a BS from Pepperdine University in International Business.:

Congrats to David Cote - 2013 Chief Executive of the Year

Chief Executive Magazine selected David Cote of Honeywell as their CEO of the Year. I was impressed with several examples cited in the article (http://chiefexecutive.net/2013-ceo-of-the-year-david-cote-honeywell). First, he created a doctrine of 12 leadership behaviors, one of which is "Self-Aware/Learner".

We know that self-aware leaders avoid ego trap 1 (ignoring feedback you don't like) and instead seek out information that helps them be more connected and more aligned between intention and impact. Adding the "learner" component is brilliant, because at Honeywell it's not enough to just listen to feedback, but also learn from it and take action.

The article also quotes Mr. Cote as saying, "One of the first things I did was just get out a lot." In fact, is says he connected with 10,000 people in his first couple of months on the job. That's an example of avoiding ego trap 7 (losing touch with the front line experience) and I would hope that he is still making it a regular practice to visit employees around the globe in their daily work environments.

Wow, check out this great article from Geoffrey James...

I was recently interviewed on the "Let's Talk EI" radio show about my upcoming presentation at the Society of Emotional Intelligence conference in Tampa on October 18th.

Traits of Great Leaders - from Entrepreneur.com

Here is a link to an article on the traits of great leaders:

Essentially, they demonstrate greatness in 5 ways:

The traits of an emotionally intelligent leader include humility, empathy (being emotionally connected to others), staying grounded with customers and employees, and regularly operating out of comfort zone. In many ways, the greatness traits are outcomes of EQ.

Greetings from China...I'm on an exploratory visit to learn more about the applications of emotional intelligence here. I'm quite impressed, most business people I've spoken with know what EQ is (and they refer to it as "EQ" not "EI" or "emotional intelligence"). They are talking about it in their schools. Very encouraging! 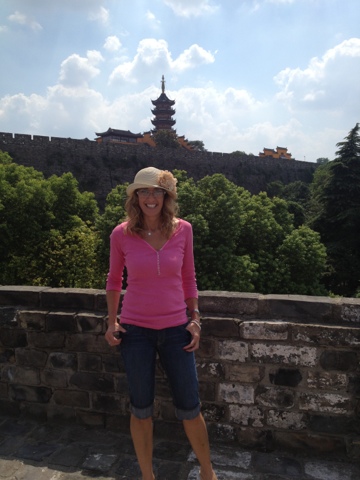 Posted by Jen Shirkani at 7:19 PM No comments: