Winston Churchill once said, "Responsibility is the price of greatness". As much as we preach about leadership accountability in setting employees up to achieve greatness, the other side of that two way street is making sure you have employees who are willing to take ownership and get what they need to succeed, regardless of whether it may be difficult, time intensive, or unpopular.

I was once running a leadership develop program with a Senior Living provider, and noticed a community team with issues. There was no collaboration on the team, bad attitudes, and undermining behavior. Yet, census was good so it masked a lot of issues to management. I met with the Executive Director (who had only been there 6 months) to discuss the team dynamics at her community. I was starting to wonder if she was either clueless about what was going on, or had no control over it. After I shared my perception of the group, she agreed with my assessment (“Ok”, I thought, “She’s not clueless”).

She went on to explain the reasons for the team’s dysfunction. First, that the team was mourning the loss of the previous Executive Director and she hadn’t been given a chance to measure up to very high expectations; second that in her first six weeks on the job she’d had medical issues that caused her to be out of the community for 2 of those weeks; third, even though she had an assistant Executive Director she often brought issues for her to solve instead of dealing with issues on her own; fourth, that when she tried to hold her department heads accountable they would say one thing, but do something different and she was unable to document actual performance; and fifth, although she agreed she had some employees that probably needed to be removed, she was unable to fire anyone because her Regional Manager said no.

Are you starting to get the picture of what this Executive Director has? Yes, the dreaded Victim Virus. 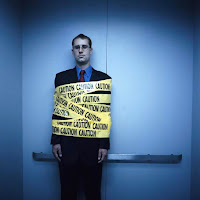 The "Victim"
You know the type - the "no-one-ever-explained-it-to me", "nothing-will-ever-change", "I-prefer-a-pity-party-to-problem-solving", "the-environment-made-me-do-it" kind of person. They are masters at the blame game - dodge, deflect, defend, repeat. From an Emotional Intelligence standpoint, a victim attitude is often a symptom of low self-awareness, optimism, influence, and self-control. This mentality is most commonly associated with the habit of blaming everyone or everything else for what happens in their life. This is the self-fulfilling prophecy that says "I am the victim of this situation and am powerless to change it". This is the quarterback hiding under the bleachers.

The truth is, there are very few situations where we are actually victims, where we are stripped of the power of choice. More often we choose to perceive ourselves as powerless because it's easy to feel that people around us control our destiny. Instead of communicating about issues and standing up for our needs with supervisors, coworkers, or family members we back down, say nothing and surrender to the sense that we really can't make a difference. The "it is what it is", "I am what I am", "they are what they are" cop-out. Victim-hood is the opposite of identity theft. It is identity abdication - a life subtly given away, passed off as someone else's responsibility to decide who we are, what we stand for, and the choices we make.

The Virus
So how is the workplace affected by this attitude? I have chosen the term "Virus" for a reason; victims spread their attitudes like germs and they attract each other and multiply in much the same way. In communities where this virus lives are often filled with drama, lack accountability, spend time finger pointing and waste time rehashing the same problems. Consider how corrosive the Victim Virus is in teams and organizations from the perspective of authors Connors, Smith, and Hickman who examined the effect of victim attitudes in hundreds of organizations over two decades.

Documented in their book, The Oz Principle, they describe this destructive force by concluding that "if left uncorrected in an organization, victim attitudes can erode productivity, competitiveness, morale, and trust to the point that correction becomes so difficult and expensive that the organization can never fully heal itself or its people".

Spotting The Victim Virus
All of us possess a victim tendency to some degree or another. The way to recognize it happening is through increased self-awareness. It is often subtle and others' behavior seem to justify our desire to blame them. Or perhaps we have had a hand in creating these "victims" by silently condoning the signs and symptoms. Before looking for it in others, first ask yourself:
• What was my role in this?
• Did I set clear expectations for others and clearly communicate my desired outcome?
• Could I have used my influence skills more instead of feeling caught in a power struggle?
• How much time have I spent stewing over the issue instead of on ways to solve it?
• Do I complain more than confront?
• Do I rehearse and rationalize my reasons to myself to prove to others that it wasn't my fault?
• Was there anything more I could have done to ensure the successful outcome of this situation?
• Is addressing this mentality overlooked in our performance review/management process?
• Have I created an environment where this type of attitude is tolerated?

How do you spot an active carrier of The Victim Virus on your team?
Answer these questions:
• Do they demonstrate a habit of ignoring or pretending not to know about their accountability?
• Do they deny their responsibility and blame others for their predicament?
• Do they cite confusion as a reason for inaction?
• Do they wait for others to tell them what to do?
• Do they claim they can't do what is necessary to solve the problem?
• Do they wait to see if the situation will miraculously resolve itself?

The Victim Virus is an employee engagement killer. Employees who take ownership and accountability will not tolerate an environment where victim-hood is tolerated. The ones who are actually willing to step up will step out instead. Consequently, one of the most urgent and profitable leadership imperatives today is to find and eradicate The Victim Virus in every corner of your community and organization. Make it start with you. Start today.
Posted by Jen Shirkani at 10:30 AM No comments:

Too Much of a Good Thing?

As an executive coach, I see the dynamic of strengths being overused to the point of becoming weaknesses. It is not that uncommon to see someone who is successful by building a career on their gifts, only to have them start to plateau, or worse, struggle to meet performance expectations as a result of not being able to adjust to a changing environment and shifting performance demands. Allowing our strengths to automatically guide our behavior can lead to stagnancy and career damaging mistakes. What you’re loved for today, can be tomorrow’s write up. Without a balanced assessment of how we should behave, one that is rooted in self-awareness and a sensitivity to the bigger picture of organizational objectives and the individual goals of those around you, negative reactions and results can catch you by surprise really fast. And, I know that the workplace is filled with mixed messages….people are often promoted because of their strengths, so when the pressure is on they naturally lean into them. But, I try and advise them to be mindful about that…sometimes it can be too much of a good thing.

There have been some great books published on the value of discovering your strengths, and playing to them instead of focusing on improving your weaknesses. Not a bad philosophy. However, what happens when something good gets overused? Usually it swings from a positive to a deficit. Any strength over, or inappropriately used, becomes a weakness. For example, if I am open-minded and nimble, flexibility may be my genius. But, if I am too flexible in too many scenarios I may come across to others as wishy-washy, spineless or scattered. Or, if I am always methodical and organized I may appear bureaucratic, too linear, or rigid in situations that require an immediate creative response.

The key is to use your collection of talents, skills and strengths at the appropriate levels. This requires you to be recognizing your behaviors and reactions, accurately reading the environment and people in it, and responding in ways that are best suited to what’s happening in front of you – in other words – it requires you to use your Emotional Intelligence. So what should you do? Instead of automatically applying the same behaviors or outlook to new problems, stop and ask yourself these questions:

Holding fast to your concept that you know best and the way things should be done or how people should behave is one of the quickest ways to alienate others and weaken your position of value to the team. Creativity, influence and high impact results are the fruits of the open minded. Don’t always come across as the smartest person in the room, even if you are. Make a list of the projects, goals or interpersonal situations from the last two years that didn’t work out as you had hoped and explore each one to uncover if maybe an overuse of some skills resulting in a lack of balance could have contributed to the outcome. The goal is to leverage your unique talent briefcase and use each of your strengths to its maximum potential. And, despite how tempting it is to think more is better, it’s not.
Posted by Jen Shirkani at 9:00 AM No comments: